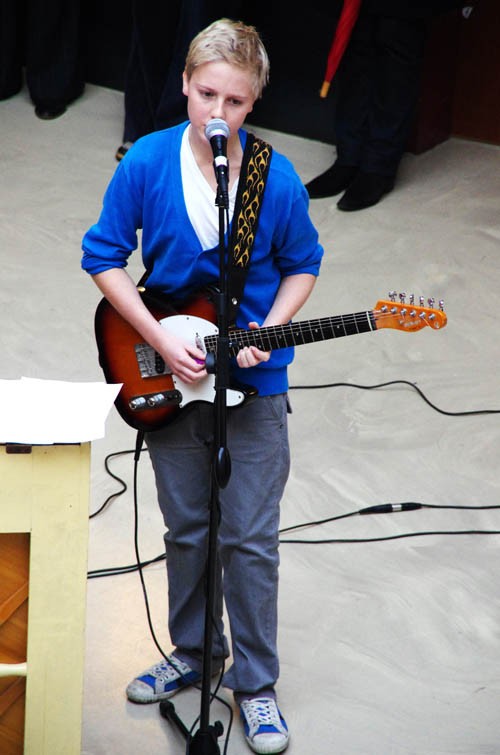 In recent times of austerity, economic and political turmoil across the world, young people have been affected greatly. At such a time, the feelings and voices of young people could not be more important. ‘Wholeheartedly’ reflects upon the role of optimism and the feelings of younger generations. Working with the hand crafted sign writer David Andrews, large posters were created to transform De Hallen Haarlem into a beacon of hope. Visible from both the exterior and interior of the museum, the posters explored feelings of silence, presence and entrapment. Using words inspired by the Burmese political activist Aung San Suu Kyi, a text was created to form a chant:

Over the course of the exhibition, the chant was brought to life by a group of teenagers from the local Haarlem Stedelijk Gymnasium. Using the chant as a starting point, the teenagers created a public performance on the last day of the exhibition in their school. Interweaving the words and melody of the chant in the performance, the teenagers spoke publicly about their own thoughts and feelings towards the future, each performing songs that reflected what they wished to protect and survive.

He Disappeared into complete silence: rereading a single artwork by Lousie Bourgeois