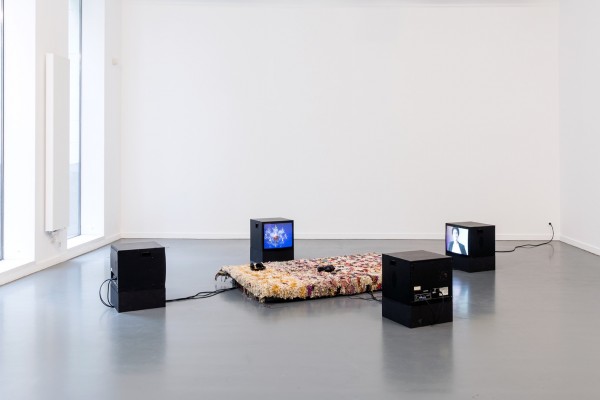 With a Moroccan rag rug made from recycled fabric as a centre piece to the work, visitors are invited to sit on it and listen and watch a broadcast. Evolved from 'The Rainbow 2011', the broadcast is narrated by former drag king Daisy Rodrigues, reflecting in particular on how different bodies coming come together in a time dominated by digital technology. Introducing different people moving and interacting in different spaces worldwide filmed since 'The Rainbow 2011', the videos as a whole aim to unite those people as single community. The rainbow, an emblem of the LGBTQ+ community, is in many cultures a symbol of hope, transformation, and protection.

It might not change in our lifetime, but we keep fighting!
(Students from the Musashino Art University, Tokyo, Japan 2017, sung by Daisy Rodrigues)